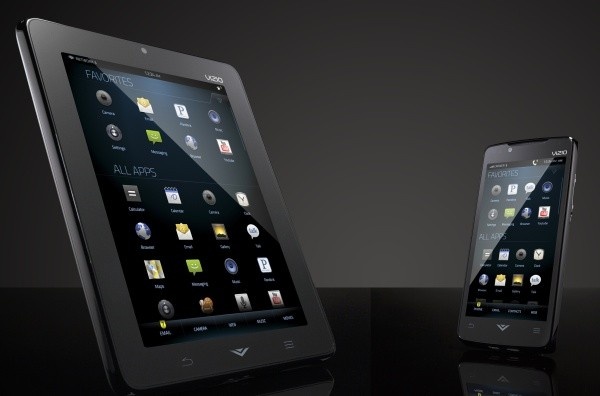 Vizio, two days after teasing it in a Rose Bowl ad, has introduced their first tablet and smartphone, each of which runs on the Android mobile OS.

The company is the top LCD HDTV maker in the United States.

Dubbed the Via Tablet and the Via Phone, the devices will move away from current 4-button Android setups and include just a "Menu," "Back" and "V" button. It is unclear with the Vizio button will do.

Just like with their Web-connected TVs, the apps menu is separated into "Favorites" and "All Apps."

Apparently, according to the WSJ, the Via devices will have Netflix access, which would be a first for Android devices, through Vizio's Via Plus service.

The Via Phone will have a 4-inch screen, a 1 GHz processor, Wi-Fi, Bluetooth, GPS, a microSD slot, a front-facing camera for video calls and a rear-facing 5MP camera.

Vizio's first tablet will have an 8-inch screen, a 1 GHz processor, 3 speakers, Wi-Fi, Bluetooth, GPS, a microSD slot, and a front-facing camera for video conferencing.

Both devices have HDMI ports and 1080p support.

Vizio did not reveal what version of Android the devices will run on, but most expect version 2.3 (Gingerbread). There is also a chance the devices will launch with Android 3.0 (Honeycomb) which has not been officially launched by Google, yet. 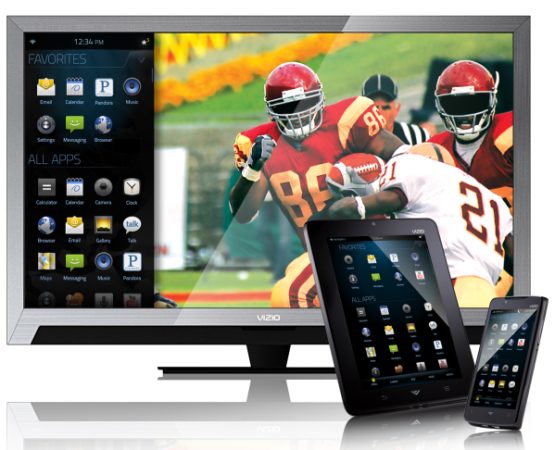