Man agrees to tweet his apology 100 times in defamation case 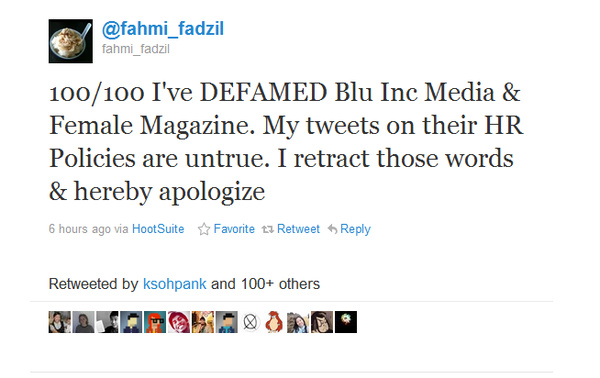 In January, Fadzil tweeted that one of his pregnant friends had been ill treated by her employers at the magazine.

Within a week, BluInc Media had sent a letter accusing Fadzil of defamation.

Settling out of court this week, the activist agreed to apologize 100 times over 72 hours, with the same message: