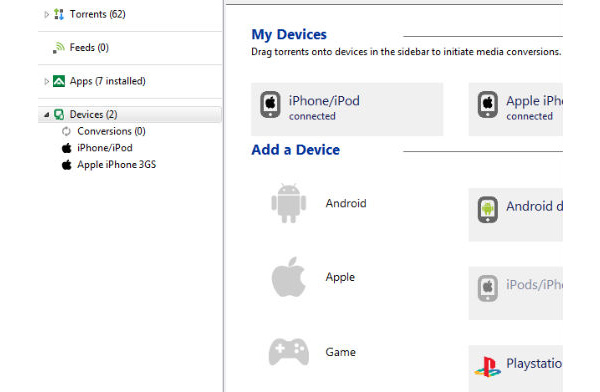 The most popular torrent client in the world has now been opened up to new markets.

uTorrent, which has 100 million active users per month and a 50 percent market share, has now been updated to integrate iOS, PS3, Xbox 360 and Android devices.

Users can now use the client to sync all downloaded content to their devices with one click.

Later this year, if you purchase the premium version of the client (uTorrent Plus), you will be able to convert videos and audio to the most compatible file type for your device. For example, MKV files will be converted to MP4 for PS3 users that cannot play MKV.

To access the new features you will need uTorrent 3.1 alpha.