Looking to take on Amazon and Barnes & Noble directly, Asus has revealed their yet-to-be-named 7-inch tablet priced competitively at $250.

The price and size are where the comparisons stop, however. The tablet will come with a Tegra 3 quad-core processor (including 5th stealth core like in the Prime) and run on Ice Cream Sandwich.

Nvidia CEO Jen-Hsun Huang says the tablet will be "almost" as powerful as its full-sized brother, the Transformer Prime, which is the world's first quad-core tablet and the first device to receive the official Ice Cream Sandwich. The Prime sells for $500 so getting the price down to $250 seems to be quite the accomplishment.

The resolution of the screen is an impressive 1280x800, which should lead to a large pixel density.

Huang did not mention a timeline for the tablet's release, or a name, but it should be available within months. 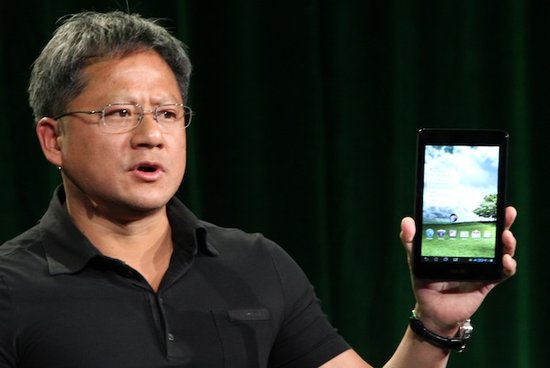