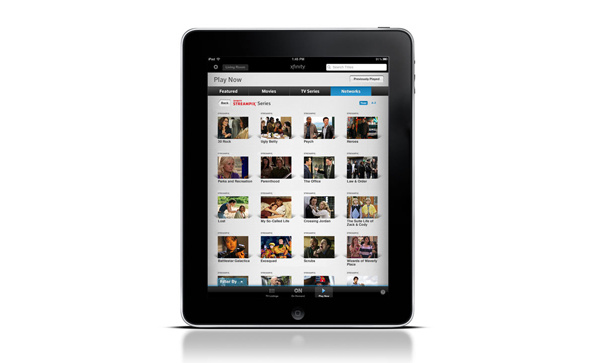 The service will offer movies and TV shows, including full back catalogs for some shows.

In order to launch the service, the cable operator has made deals with ABC, Disney, NBCU, Sony Pictures, Warner Bros. and Cookie Jar. The company did note that the current ABC/Disney deal is only for TV shows, so fans of Disney movies will have to wait.

Comcast will include Streampix with all Xfinity triple-play packages or will cost $4.99 a month with other video packages.

"Our goal is to consistently deliver greater value to our customers and to bring the best anytime, anywhere entertainment on multiple platforms,"says Comcast senior vice president and general manager of video services Marcien Jenckes. "Streampix is another step moving 'TV Everywhere' forward by giving customers access to an even greater library of popular choices to watch."

A few of the offerings that Comcast noted were NBC's 30 Rock, Heroes and The Office; ABC's Grey's Anatomy, Lost and Ugly Betty; ABC Family's The Secret Life of the American Teenager; Sony's Married... with Children, Warner's Analyze That, Ocean's Eleven and When Harry Met Sally; Universal's Brokeback Mountain and The Big Lebowski; and Sony's Crouching Tiger, Hidden Dragon and Stuart Little (via MCN)

The service is available via TV, PC and iOS devices and will be available on Android and the Xbox 360 later this year.