Despite not being on too many devices as of yet, Android 4.x Ice Cream Sandwich is being adopted more quickly.

ICS was only at 1 percent as of February, thanks to being available only on the Galaxy Nexus and the Asus Transformer Prime, but a consistent rollout is making the distribution of the OS pick up quickly.

The number is of course, still tiny, but the jump is promising for Google's biggest update of the operating system. 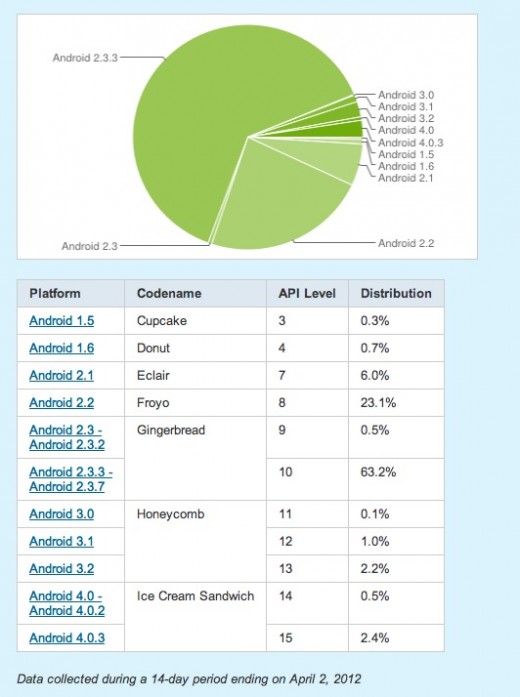