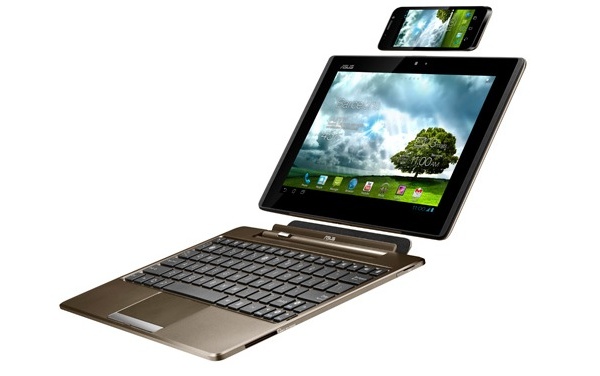 Back at the MWC event in February, Asus unveiled its "device-within-a-device," the PadFone.

Today, the company has put together a promotional video for the device, which shows off the impressive unit.

The PadFone runs on Android 4.0 Ice Cream Sandwich, is powered by a Snapdragon S4 dual-core processor at 1.5GHz, has a 4.3" Super AMOLED qHD display, an 8MP rear shooter (featuring a 5-element f/2.2 lens) and a stylus that also works as a headset.

On the tablet side, there was not too much info except that it will have a 10.1-inch screen. Between the dock, phone and tablet (check the video) there will be over 14,000mAh of battery power leading to extremely long battery life of up to 102 hours. The device looks very, very intriguing, to say the least.

There was no word on price or availability.