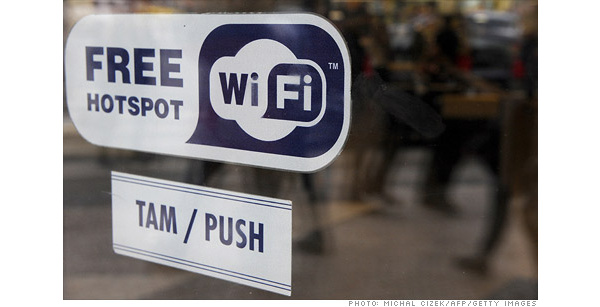 The U.S.' major ISPs have announced they will be making more free Wi-Fi hotspots available to customers.

Comcast, Time Warner, Cablevision, Bright House and Cox are all part of the deal. The companies are five of the nation's largest cable and Internet providers.

The agreement will allow any subscriber of those ISPs to use free Wi-Fi from the other ISPs, no matter where you are. For example, Cablevision is only New York City based, but if you were to travel to Philadelphia, you can use Comcast's free Wi-Fi hotspots there despite not being a customer of theirs.

Over 50,000 "CableWifi" hotspots will be made available in the next few months to competitor's customers.

"We believe that WiFi is a superior approach to mobile data," says Kristin Dolan, Cablevision's head of project management. "Cable providers are best positioned to build the highest-capacity national network offering customers fast and reliable Internet connections when away from their home or business broadband service."

A similar service has been available to TWC, Comcast and Cablevision subscribers since 2010, but only in the northeast.