Verizon says they will roll out their fast 4G network to 34 new markets tomorrow.

The additions means 235 million Americans, the equivalent of 75 percent of the population, will have access to the network.

Outside of the new cities, existing coverage in metro areas will also get a boost.

The new markets are: 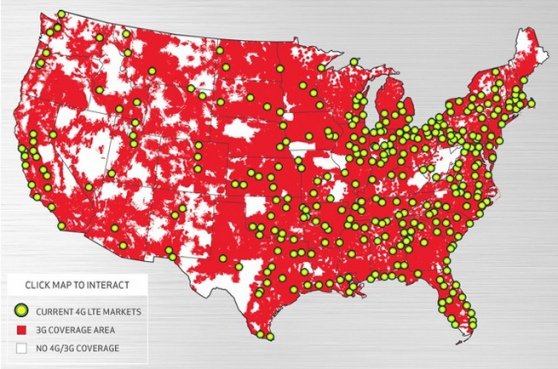