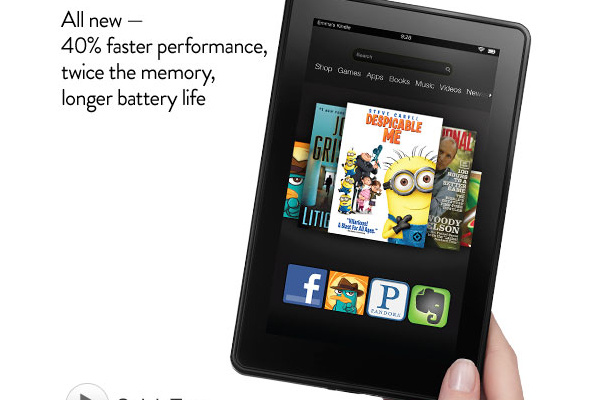 As part of their large press event today in which they unveiled the new flagship Kindle Fire HD 8.9, the company also unveiled an updated version of their popular 7-inch Kindle Fire which will sell for just $159, undercutting even Google's latest device by $40.

The new update has the same sized display as its predecessor but now with a "40 percent faster processor," double the RAM and 2 hours longer battery life.

As with all the new devices, Amazon's "Special Offers" will show on the lock screen. This may anger some users but anyone who has used the Kindles with Special Offers know they are about as unobtrusive as ads can get.