New iPhone only costs 41 cents per year to charge 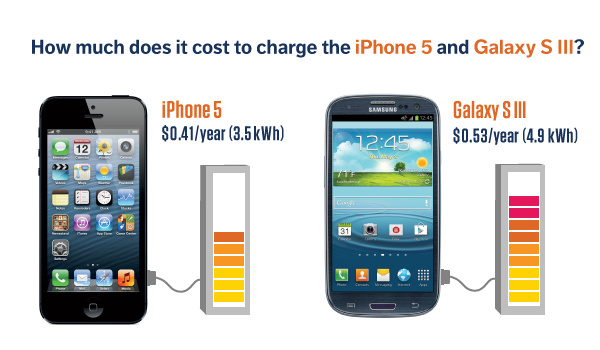 According to a new report, the new Apple iPhone 5 costs just 41 cents per year to charge, assuming you charge it once per day.

That figure is a bit higher than the $0.38 it cost for the iPhone 4S, but much lower than the $1.36 for the third-generation iPad tablet.

While the numbers are insignificant across the board, the iPhone did manage to beat out its main rival, the Samsung Galaxy S III, which costs about 53 cents a year to charge thanks to having a larger battery.

"The paramount point here though is not the difference between the two phones, but rather their striking similarity: the energy consumption of a modern smartphone is minuscule," Opower's Barry Fischer noted.