Nintendo Wii U gets proper teardown 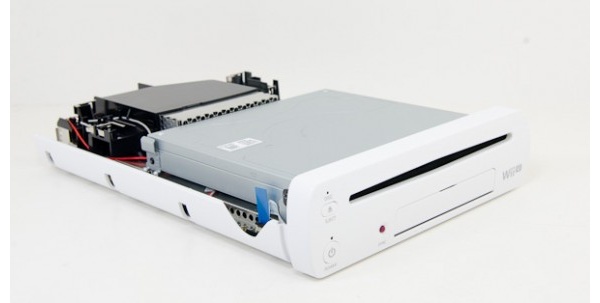 Just hours after launch, AnandTech has given the Nintendo Wii U a proper teardown.

First off, the site says the hardware seems repair-friendly, with an easy to open chassis. That being said, there are a few delicate connections that are soldered together, however.

The Wii U optical drive, as reported earlier this year, is a proprietary format for game storage, but matching low-end Blu-ray storage at 25GB per disc. The site says "max sequential read speeds are pretty high compared to the current gen consoles at 22MB/s."

There is a multicore PowerPC processor and a large GPU with supposedly high amounts of eDRAM.