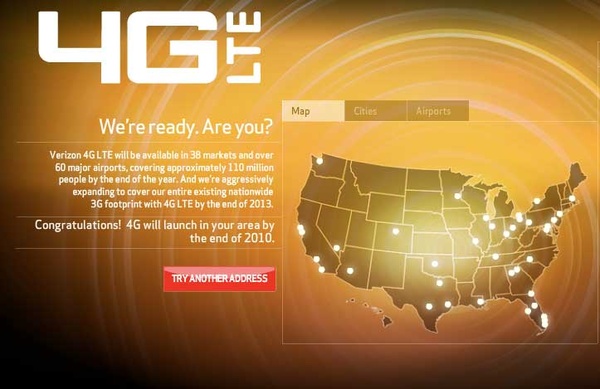 The company has added 29 new markets to the fast mobile broadband network, with many West Coast cities getting access.

After the move, Verizon has now made the LTE available to 470 markets, covering 250 million people.

The carrier has been besting its rivals, most notably AT&T, which has coverage in 125 cities.

Despite having the fastest network, AT&T has been slower with their rollout, expecting to reach Verizon's coverage levels by next year.