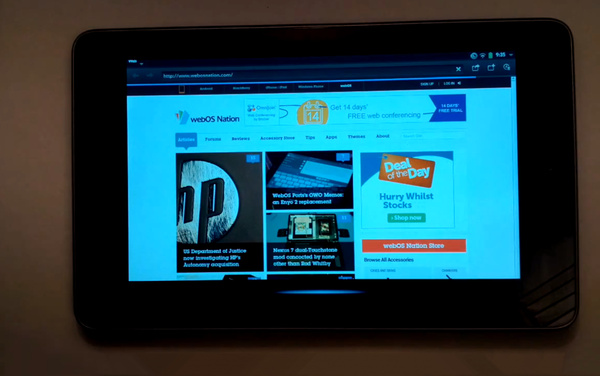 Even though HP killed the official project last year, fans of the webOS mobile operating system have been continuing on through the Open webOS project.

Earlier this year the OS was ported to the Galaxy Nexus and now the webOS Ports team has made it available on the popular Nexus 7 tablet.

Of course, the port is an alpha version and missing key features, Wi-Fi and the browser work fine, which is mainly what consumers use their tablets for anyway.

The team says the port took minimal effort, as the dev got it to run in a week over his winter break from college.