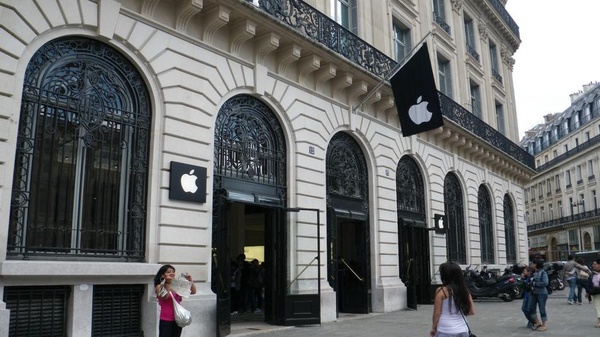 The thieves managed to steal over 1 million euros worth of iOS products.

300,000 people were celebrating the new year in the area around the Champs-Elysees, justifiably leaving authorities short.

The report says "masked men forced their way into a back entrance around 9pm, three hours after the store closed, as a janitor was leaving. The janitor was "lightly injured" in the process."

Stocked materials were taken leaving all display devices alone, and the group packed the boxes into a truck parked nearby.