Metacritic: 2012 was terrible year for games 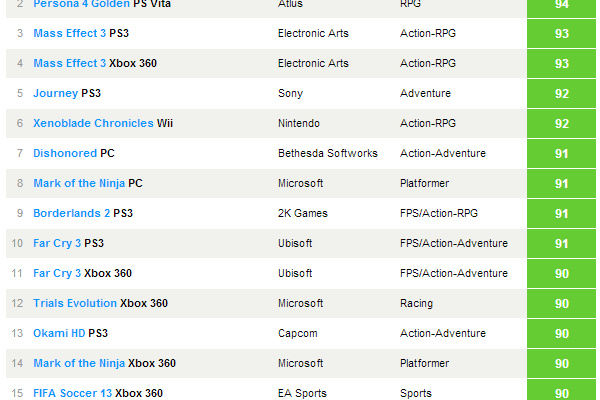 Review aggregator site Metacritic says 2012 was a bad year for games, with the lowest number of high rated games since they started in 2009.

14 of the games were console hits, while the other four were available for PCs and handheld.

Says MetaCritic: "Not even the late arrival of a great new installment in Ubisoft's Far Cry series could make up for the fact that the past 12 months paled in comparison to recent years, at least at the high end of the scale."

Game of the year was awarded to TellTale Games' The Walking Dead with a Metascore of 95. 'Persona 4 Golden' for the PSV came in at a close second, with a score of 94. 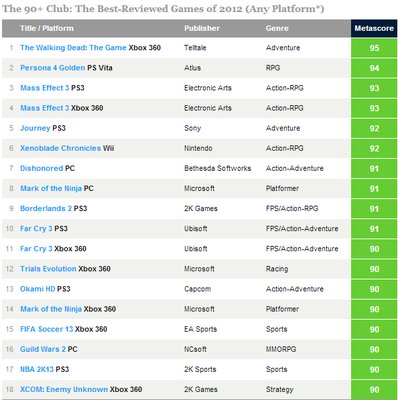