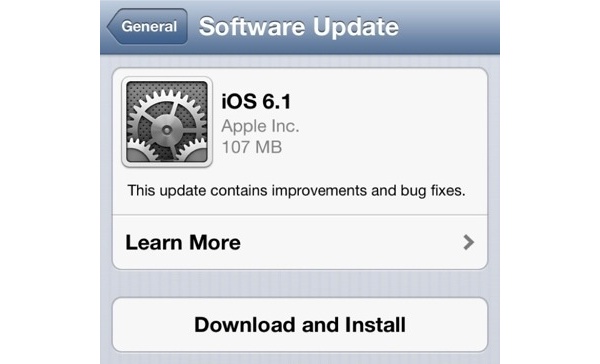 Apple has released their next major update for iOS today, version 6.1.

Apple states that the following have been updated, added or improved (via 9to5):

Purchase movie tickets through Fandango via Siri (US only)