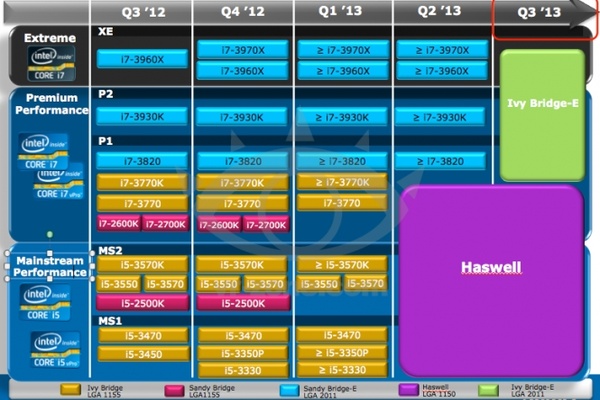 Although unconfirmed by Intel, it appears that the upcoming high-end Ivy Bridge E chip has been delayed.

The chip, which is set to replace the company's powerful Core i7 3970X, had been slated for a Q3 release.

According to sources, there was no real reason behind the delay except that Intel's server team did not want to launch the chip in the relatively slow Q3.

Intel has priced the new processor at $999 MSRP.