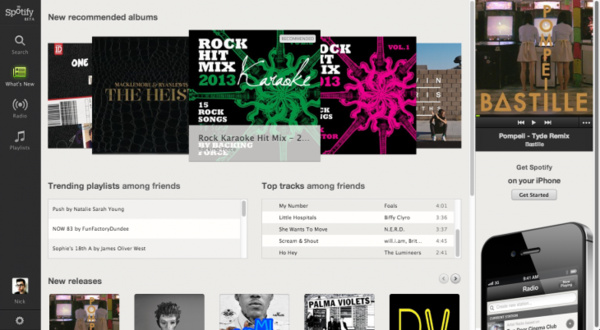 Spotify has made its browser-based beta Web player available to users in the UK a few months before its full launch.

The Web-player will compliment your existing desktop application, or can replace it, says the company.

"We're letting a number of users in the UK test out a beta version of our basic web player, which we're gearing up to release later this year," says the company. The streaming service had been testing a closed beta for a couple of months.

If you are in the UK, open your favorite browser, head to play.spotify.com and re-enter your login credentials.

Right now, the Web player is pretty bare, but expect it to be robust in the near future.