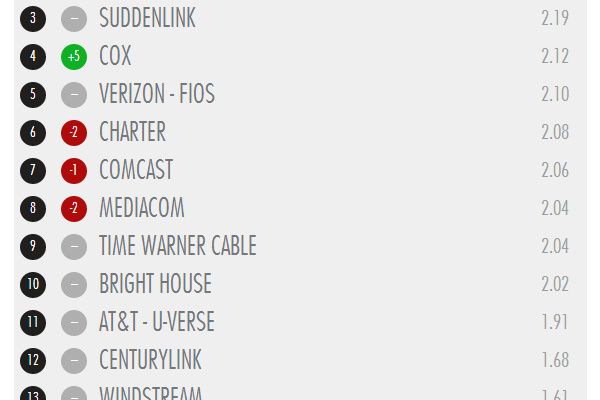 Netflix has released the February figures for its ISP SPEED INDEX, which tracks which service providers offer the best Netflix streaming experience.

"More than 33 million global members view over 1 billion hours of TV shows and movies streaming from Netflix per month. We use the data associated with the streaming experience to compare ISPs and give you monthly insight into which ISPs deliver the best Netflix experience."

In the U.S., there were two clear winners, Google's ridiculously fast Fiber offerings (as of know only available in Kansas City) and Cablevision, the ISP of choice for a lot of New York and New Jersey.

Cox saw a large jump of five spaces, while the rest of the majors in the U.S. stayed about the same, with each offering similar speeds. 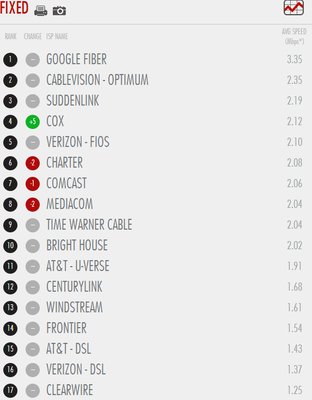 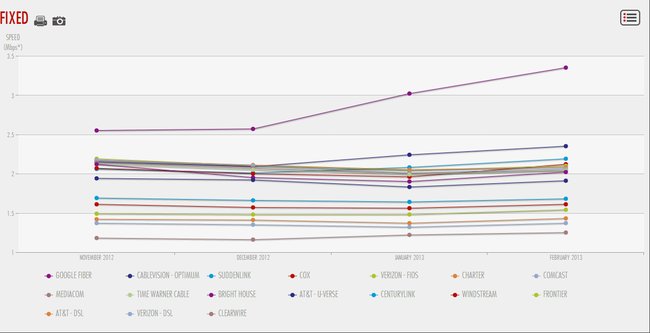