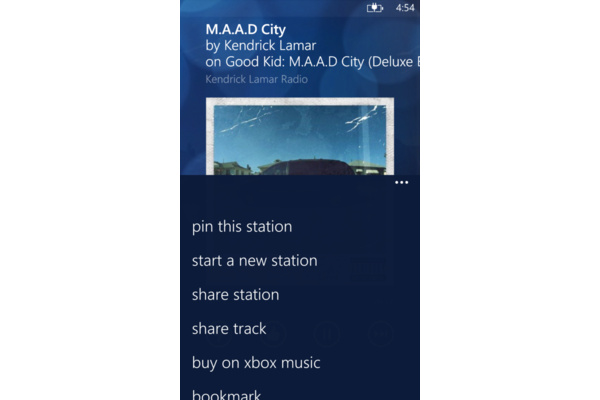 Six months after it was announced, Pandora is finally available for Windows Phone 8.

Additionally, users will have ad-free listening through the end of 2013, thanks to a subsidy from Microsoft.

The last line is notable since ad-free unlimited listening normally costs $36 per year through a service called "Pandora One." Also, other users are limited to 40 hours per month for free. That cap is not enforced until 2014 for WP8 users.

One exclusive of the new app allows owners to pin their favorite stations to the start screen (as a live tile) and the tile will update the track information for the song is on. However, it appears lyrics and artist bios have disappeared, at least in version 1.0 of the app.