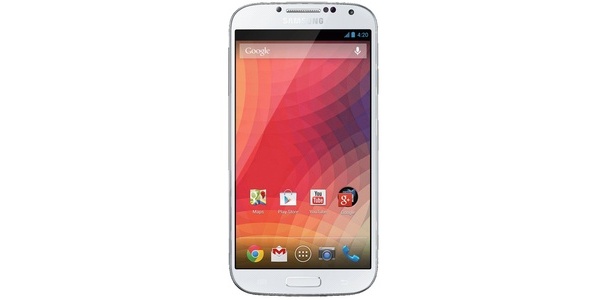 Google has given Samsung's Galaxy S4 the Nexus treatment, showing it off at the Google I/O 2013 conference.

The Samsung Galaxy S4 variant runs Android 4.2 Jelly Bean and will be available contract-free for $649 supporting T-Mobile and AT&T's LTE networks. It will join the rest of Google's Nexus line-up on Google Play from June 26.

"It brings together cutting edge hardware from Samsung with Google's latest software and services -- including the user experience that ships with our popular Nexus devices."

The device is largely the same in terms of specs, except for running the stock Android OS, the lack of a provider lock and an unlocked bootloader. Google has also promised prompt Android updates.