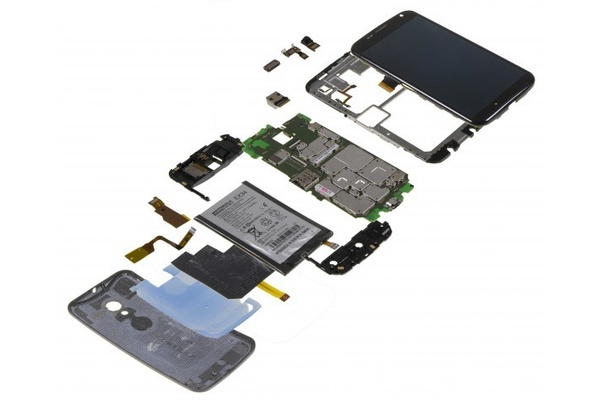 A new teardown of the Moto X by IHS reveals the smartphone does not cost as much as expected, and that being 'Made in America' does not boost costs significantly, either.

The flagship device, which has been generally well reviewed, is different in that it is built at a plant in Texas and not overseas, allowing for customizations such as the color of the backplate, front trim, and engravings. Under the hood, the device uses chips that allow the phone to be "always-on" and listening for voice commands so the phone can act appropriately when in different situations, such as when you get into a car.

"What Google and Motorola are trying to do is not play the game of 'bigger is better' that everyone else is playing," adds IHS analyst Wayne Lam. "They are looking for ways to differentiate themselves from the pack and push the user experience in a new direction."

IHS says the components used to build the phone cost $209, and manufacturing in the U.S. added another $12 per unit, for a grand total of $221. By comparison, phones made overseas, such as those by Samsung and Apple, have manufacturing costs of around $7.

Samsung built the 4.65-inch display for the phone, which costs $62.50. The year-old Qualcomm Snapdragon S4 costs $28 and the gesture and voice command chips from TI cost $5, together. Qualcomm handled the rest of the Bluetooth, Wi-Fi and radios and Omnivision provided the camera chip. Motorola calls their combination of chips the 'Motorola X8.'