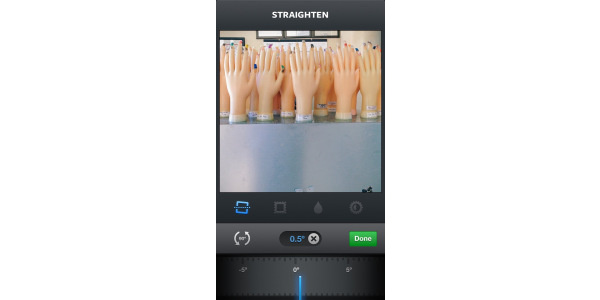 Instagram has updated their app to allow for straightening of photos.

Using a hack for the phone's sensor, you will be able to straighten your photos that are being uploaded.

As of writing, the Android and iOS versions allow for the new feature, with the correction being done automatically, unless you don't want it.

Another feature includes auto-correct of the photo, which zooms into the photo until empty space is negated.

Facebook, owner of the photo-sharing service, says: "Most phones have a variety of sensors that allow us to determine the orientation and tilt of the device relative to a specific reference, meaning we can tell the angle of your phone at the time you took the picture. This seemed to us a way of making the feature quick and simple to use, which is something we try to achieve with every feature release..."

Once you enter the straightening mode, you will notice how the photo is auto straightened in an animated way; when you tap the button the photo is rotated and zoomed in before your eyes. This animation turned out to be a very important piece of the puzzle as it helps the user understand what is happening to the photo.Once the animation is done, and in case we got the angle wrong, or in case you are simply feeling creative, you can still manually rotate the photo by dragging the wheel at the bottom of the screen. We added in other gestures for people looking to really fine-tune their pictures: if you tap on the edges of the wheel you can rotate by 0.1 degree increments. There are also two other ways to rotate the photo by using common iOS gestures: two finger rotation, or even one finger rotation, for easy interaction with just one hand."