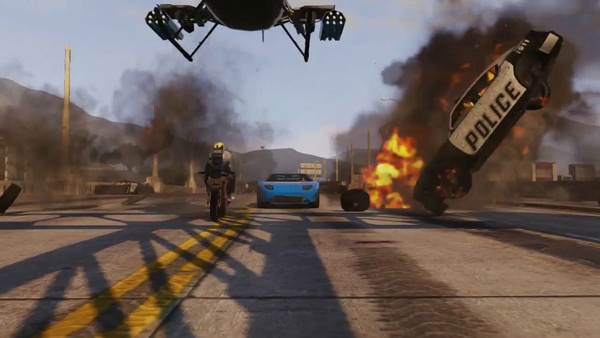 Rockstar Games has released what it is calling the official Grand Theft Auto V trailer, ahead of the anticipated title's September 17th launch.

The trailer (below) is due to be aired this Sunday in the U.S. during the latest episode of AMC's Breaking Bad. The game launches on September 17 for Xbox 360 and PlayStation 3, and is tipped to be an immediate success due to the popularity of the Grand Theft Auto series.