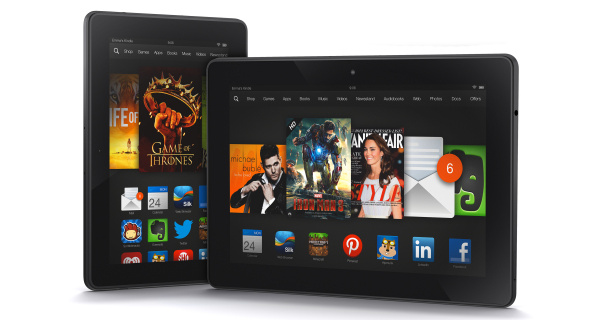 Amazon has announced that its new Kindle Fire HDX is now up for pre-order in the UK and Canada.

The flagship tablet will begin shipping on November 14th in the UK and November 26th in Canada, and both will sell at a premium to the U.S. model.

In addition, the company has dropped the weight of the larger tablet to 13.2 ounces, 34 percent lighter than the second-generation Kindle Fires. The tablets will launch with Fire OS 3.0, which upgrades and improves on many of Amazon's popular features such as X-Ray, Cloud Collections and Goodreads. The company says battery life is much improved, as well, with up to 11 hours of mixed use, and 17 hours of reading.

The new Mayday feature is an exciting innovation, as well. By hitting the "Mayday button" you are connected to an Amazon expert in under 15 seconds who can remotely guide you through any hardware or software question you may have, 24/7/365, free of charge.