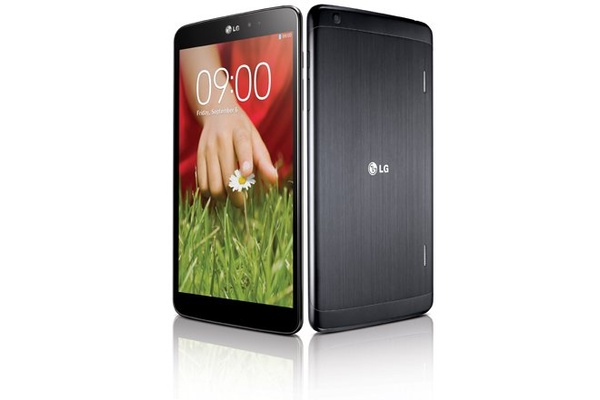 LG has announced that their G Pad 8.3 tablet is now available in the U.S.

The device will sell for $350 and is now available online and will be available in-store at Best Buy starting on November 3rd.

Slide Aside enables seamless multitasking by simply "sliding" currently open apps off to the side using a three-finger swipe
QSlide controls up to three different apps in one window with no interruption, especially convenient on a large screen
KnockON turns the device on and off by tapping the display twice