DreamWorks Animation to release their own tablet aimed at kids 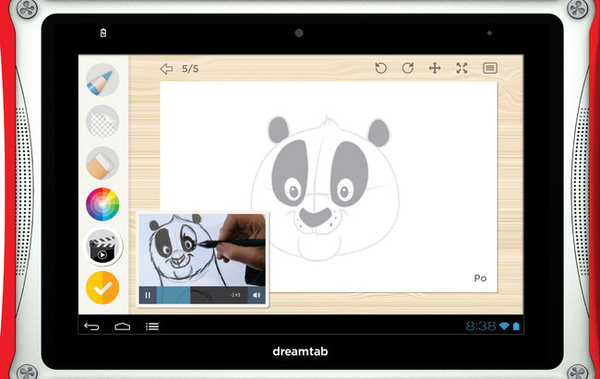 DreamWorks Animation has teamed up with OEM Fuhu to build a new tablet aimed at kids, the Dreamtab.

The Dreamtab will sell for under $300, have an 8-inch form factor and will feature apps and content for children with original content based on DreamWorks characters, as well.

Animation producer Nancy Bernstein is creating "character moments" for the tablet, like having Shrek characters performing a quick skit explaining how to turn off the tablet when the parental set timer reaches its limit, for example.

Additionally, the characters will provide drawing lessons and the tablet will include "the same stylus technology that DreamWorks artists use to make movies" to have the kids draw along. A Wacom stylus may be included, but that remains unclear.

The tablet can be used in "parent mode," say the companies, which "provides roughly the same computing power as an iPad."

Set for release in the spring, the company also says a 12-inch version is coming later.