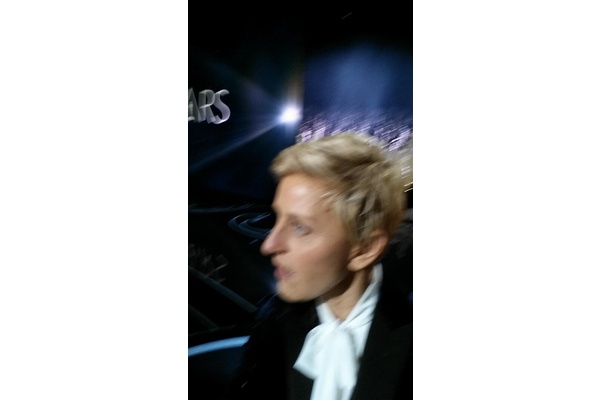 Even though one of Ellen DeGeneres' selfies from last night's Oscars event is the most retweeted image of all-time, that hasn't stopped Nokia from mocking the blurriness of a few other photos taken throughout the night.

The photos, taken with a Samsung-sponsored Galaxy Note 3 (Ellen uses an iPhone in real life), did come out blurry (as do most impromptu selfies taken with 2MP cameras), so Nokia jumped at the opportunity to take aim at a rival.

"Let's do away with blurry photos, Ellen!", read the tweet from Nokia USA's official page, including the hashtags #blessed and #blurry.

Samsung has been a huge supporter of recent events, including being a sponsor at the Sochi Olympics, the NBA All-Star Game and now the Oscars.