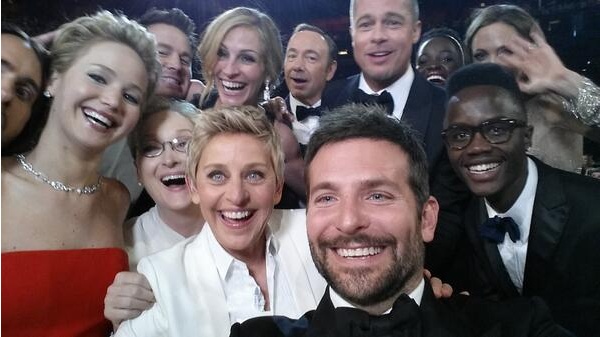 Ellen DeGeneres has managed to smash the record for Twitter retweets by a huge margin, and the photo has nearly 3 million retweets as of writing.

During the Oscars, Ellen grabbed a bunch of celebrity friends including Meryl Streep, Bradley Cooper, Brad Pitt, Julia Roberts and more and snapped a "selfie" using her Samsung-sponsored phone.

Within an hour, the photo broke the record for most retweets, and even took down Twitter for a very brief period, bringing back bad memories of Twitter's early "fail whale" days.

If only Bradley's arm was longer. Best photo ever. #oscars pic.twitter.com/C9U5NOtGap