OnLive comes back from the dead 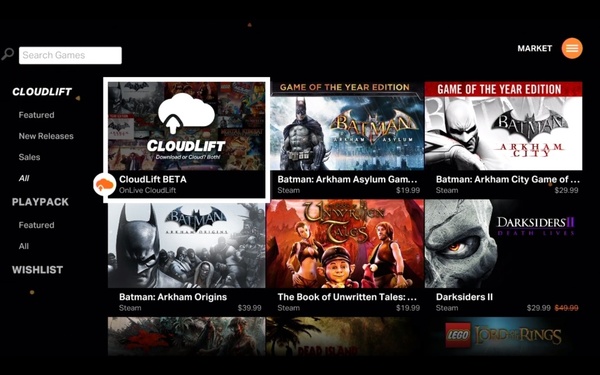 OnLive, the once-promising cloud gaming service, has returned from the dead.

Dubbed 'Cloudlift,' the service will be very limited out of the gate. The company has signed two publishers, with just 20 games available. That is expected to grow significantly soon, but for now the selection is limited.

One of the major publishers signed up is Warner Bros., who has made the Batman Arkham series available, as well as the new Lego Movie game.

In addition, the service will allow streaming of 250 older titles for $10 per month, and OnLive Go which lets users instantly play MMOs. Unfortunately, that service is priced by the hour, and can get very expensive.