DirectX 12 is on the way 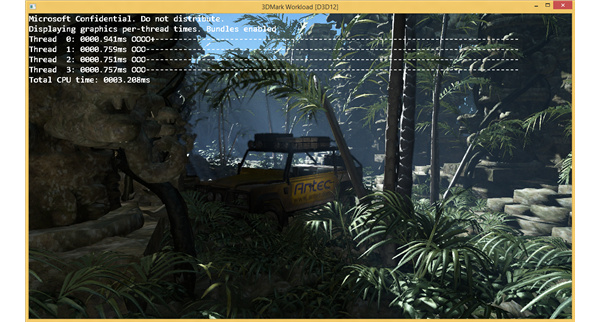 Earlier this week, Microsoft unveiled the next step for their gaming graphics API, DirectX 12.

The key enhancement of the upgrade will be on performance. PC utilization will be improved significantly, better spreading the computing across multiple cores.

DirectX 12 introduces the next version of Direct3D, the graphics API at the heart of DirectX. Direct3D is one of the most critical pieces of a game or game engine, and we've redesigned it to be faster and more efficient than ever before. Direct3D 12 enables richer scenes, more objects, and full utilization of modern GPU hardware. And it isn't just for high-end gaming PCs either – Direct3D 12 works across all the Microsoft devices you care about. From phones and tablets, to laptops and desktops, and, of course, Xbox One, Direct3D 12 is the API you've been waiting for.

What makes Direct3D 12 better? First and foremost, it provides a lower level of hardware abstraction than ever before, allowing games to significantly improve multithread scaling and CPU utilization. In addition, games will benefit from reduced GPU overhead via features such as descriptor tables and concise pipeline state objects. And that's not all – Direct3D 12 also introduces a set of new rendering pipeline features that will dramatically improve the efficiency of algorithms such as order-independent transparency, collision detection, and geometry culling.

The company will reveal more details at their upcoming BUILD conference in April, with an expected launch date of November 2015. For more information now, check here.