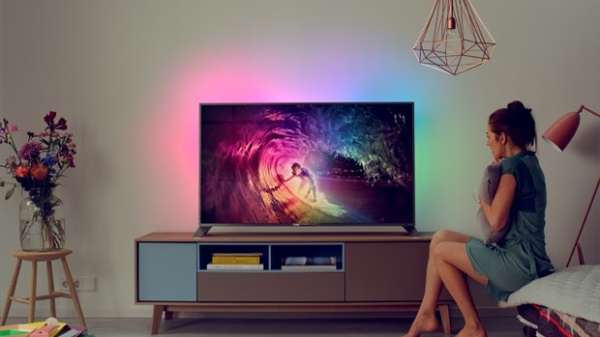 Philips has decided to downgrade the size of some of its 4K TVs for 2014, but its added numerous interesting features.

First, the company has shown off its 55-inch 8809 series 4K TV with Android as the operating system, giving you full access to 1 billion apps and games through the Google Play Store.

Philip's own Smart TV apps are also included for your standard Hulu Plus, Netflix, Pandora, Spotify and more. Additionally, the TV gives you access to your cloud storage through Dropbox and Google Drive.

On the hardware side, the set promises a 1GHz refresh rate, hexcore processing power and Ambilight illumination.

The company says the first Philips TVs featuring Android will be available from the second quarter 2014 in Europe and Russia. There was no word on price or American availability.