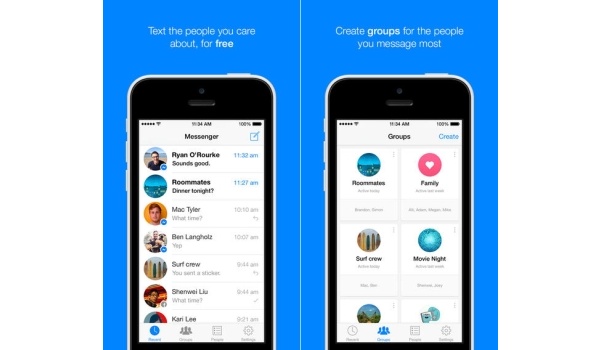 Facebook has updated its Messenger app, adding some popular features from the old Beluga messenger startup it acquired in 2011 but then shut down.

The update for iOS will let you group contacts together and then send texts or stickers or pictures to them as a group, rather than individually.

Additionally, you can now forward messages and photos to users that are not in the conversation, a welcome feature.

Finally, the app will see typical speed, performance and stability improvements and fixes.