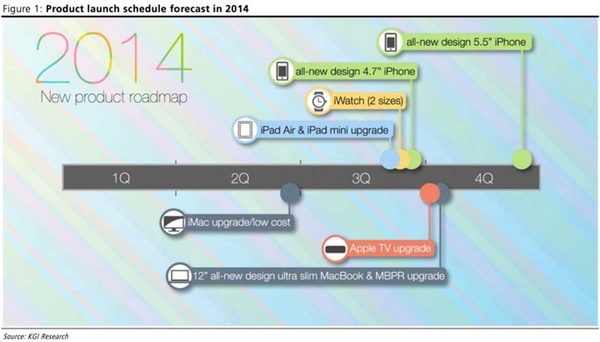 If KGI Securities analyst Ming Chi Kuo is to be believed, Apple may be headed for a huge upgrade and new product cycle this year.

Kuo, in a note to clients, provided an expected product roadmap for the year, which includes a handful of new devices. Kuo has connections in Apple's supply chain, and has been relatively accurate in the past with his notes, at least compared to most.

If true, Apple will release two iPhone 6, one at 4.7-inches and the other at 5.5-inches, huge upgrades from the current 4-inch screens of its iPhone 5, 5c and 5s.

The iWatch, rumored for over three years now, will finally be released, as well, in two sizes. Most likely this means men and women will have slightly different models.

Finally, the Apple TV will be upgraded, as will the iPad Air, iPad Mini, iMac and MacBooks, which will allegedly be getting slimmer. 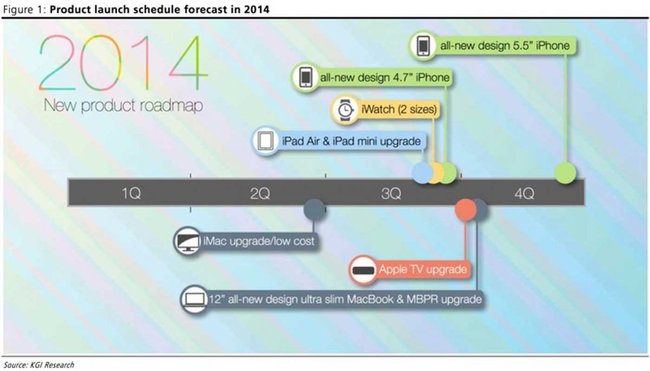