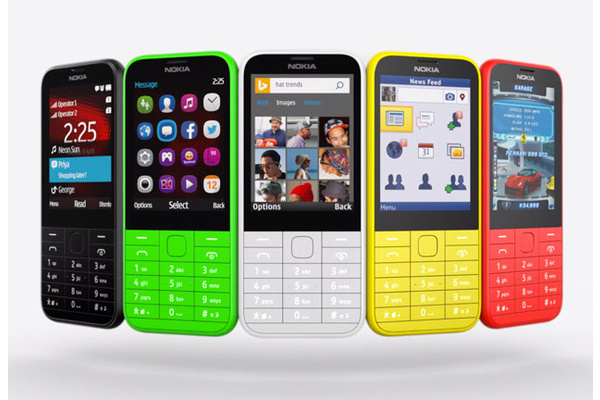 Nokia has unveiled its new 225 phone for the emerging markets, a device the company calls its "slimmest Internet phone" to date.

Selling for just EUR39 ($54), Nokia is making the device available in five colorways starting in the Q2.

The phone has a 2.8-inch screen and will come pre-loaded with the company's Xpress Browser, which is based in the cloud and helps to optimize sites for speedier performance on 2G/3G networks. The phone has a 2MP camera, a microSD slot, a dust and splash proof keymat, and dual band 900/1800MHz network support.

In addition, the device will come with Facebook and Twitter apps and five older games: Block Breaker 3, Asphalt 6, Assassins Creed 3, The Avengers and Real Football 2012.

Nokia has promised single and dual SIM models and up to 36 days of standby time. The operating system is Series 30+, meaning Nokia has stayed away from Windows Phone here.