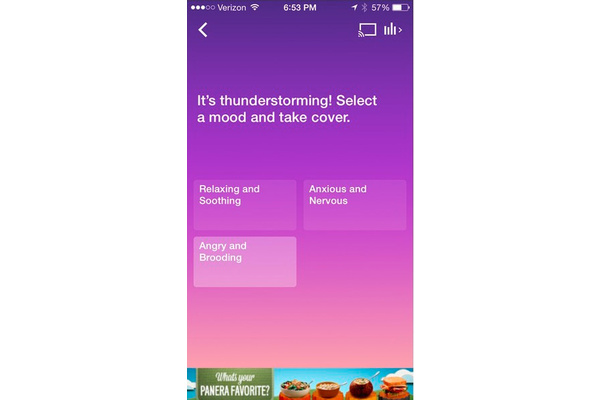 According to new reports, Google is in early talks to buy Songza, the music streaming service that builds playlists based on your mood, or the weather, or even the time of day.

The six-year old startup has 5.5 million active users, and an acquisition would certainly help Google's playlist features for Google Play Music All-Access, which have been lacking since launch last year.

"Google is offering them around $15 million -- the question is does Songza take it?" say the sources. A second source said the figure was actually much higher, and that Google was not the only bidder.

Songza is popular due to its large offering of curated playlists. Besides time of day, mood and weather, the service can also build work out mixes, mixes for being at work in an office, music for listening in the shower, and everything in between.

The industry for streaming music is quickly consolidating, with the biggest move coming via Apple and their $3 billion purchase of Beats Electronics.