China: Windows 8 is a threat to national security 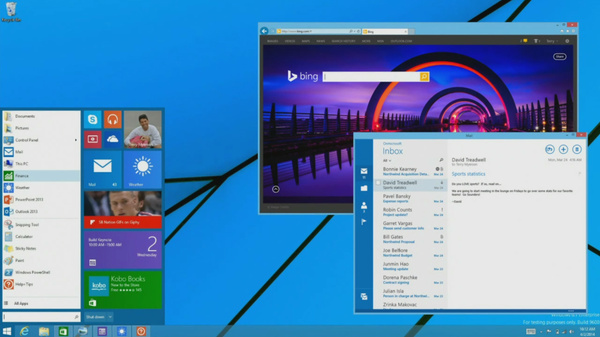 Just a week after its use was banned on Chinese government computers, Windows 8 has now been branded as a threat to national security.

China's national CCTV broadcasted a highly critical story, citing experts who claimed Windows 8 has and will be used to grab personal data about Chinese citizens.

"Microsoft would no longer open its Windows 8 source code to the Chinese government," said Professor Yang Min of Fudan University. "However the security scheme of the Windows 8 operating system is designed to provide better access for Microsoft to users' database." This poses a huge challenge to the nation's security.

Additionally, the report claims Windows 8 was being used by the NSA to collect data from citizens around the globe. "Your identity, account, contact book, phone numbers, all this data can be put together for big data analysis," added Ni Guangnan, a member of the Chinese Academy of Engineering. "The data might be a good way for the US to monitor other countries."

Microsoft says it is now "actively cooperating" with the Chinese government to review the operating system and alleviate any fears.