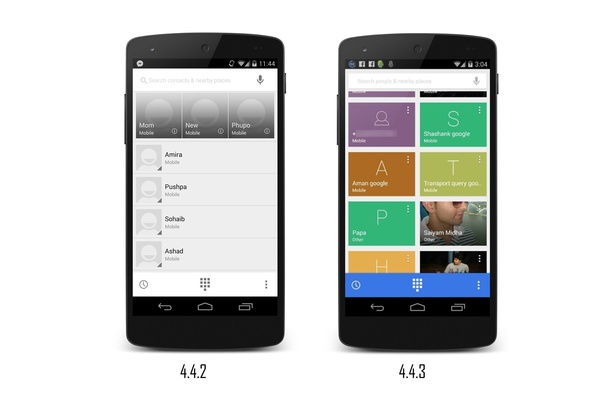 As of writing, Google is continuing their rollout of the latest version of Android, 4.4.3 KitKat.

While the update does not offer any truly game changing features, it does improve the dialer significantly, and overhauls the interface of the dialer, as well, with new colors and usability that should make it user friendly. As a Nexus 5 owner, I can attest the update was mainly useless, but the dialer is more usable now.

In addition, the update is supposed to offer bug fixes, and stability improvements including a fix for the extra battery drain attributed to camera use.

Hopefully for other Android owners, now that Google's rollout is almost complete, other carriers and OEMs can begin rolling out the update themselves.