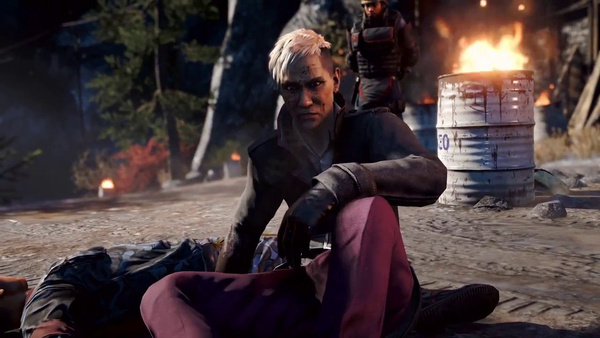 Ubisoft kicked its press briefing today in the strongest way it could; by exposing us all to the insanity of antagonist Pagan Min.

Far Cry 4 ditches the sweltering Jungle and beach scenes for a fictional country called Kyrat in the snowy Himalayas, which is ruled over by a brutal self-appointed King called Pagan Min.

As you will see in the video (posted below), things get bad very quickly for protagonist Ajay Ghale, who gets caught up in a civil war to overthrow the dictator.

After he witnesses Pagan Min's brutal insanity flare up when he murders one of his own men, he finds himself posing for a selfie with the lunatic before having a bag thrown over his head.

Pagan Min looks like he will make for a great villain, be sure to check it out, but be warned, it is a scene of fairly brutal violence and the language is colorful.