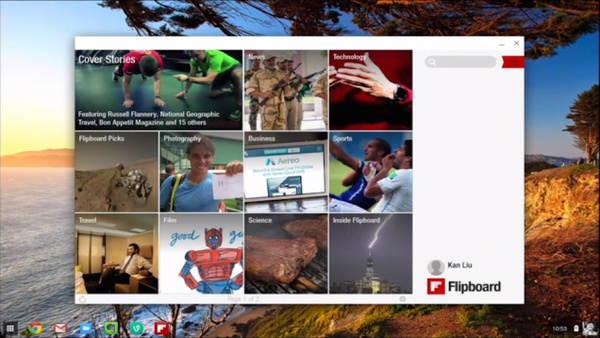 Google is actively working on integrating Android into everything it does, including its own Chrome OS operating system.

Eventually, the OS will be able to run all one million Android apps, natively. "We're in early days," Chrome and Android boss Sundar Pichai said today. There was no timetable but Pichai demoed Evernote, Flipboard, and Vine working already. The apps can be run in a phone-sized (taller) window or can be expanded as if they were smartphone apps running on a tablet.

The biggest issue of course will be controls given that Android apps are designed for touchscreens, which Chromebooks don't have (unless you own the reference Pixel). Google is going to work on that by adding a virtual software keyboard and a new app launcher interface, among other things.