Prolific leaker @Evleaks has released an artist reproduction of what the upcoming HTC Android Wear-based smartwatch will look like, including a render of the UI (just for kicks).

If accurate, the watch will be rectangular just like the other two Android Wear watches on the market, the LG G Watch and Samsung Gear Live, but it will include a metal band.

HTC has confirmed they are looking into an Android Wear device, but has never given much confirmation past that. 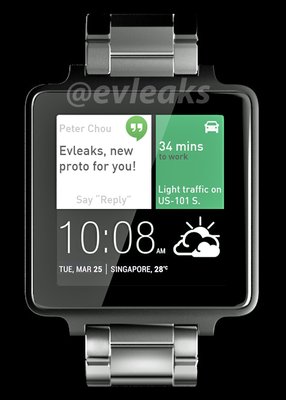