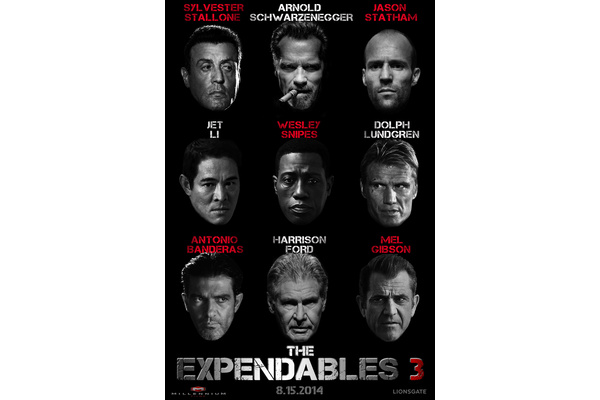 Last week we reported that a DVD-quality version of the upcoming 'Expendables 3' action movie had made its way online in one of the highest profile leaks of the last five years.

Lionsgate, the production company behind the film, sued six sites last week arguing that they did not respond to take down notices quickly enough including the popular cyberlocker, Billionuploads. Now, the company has asked for a restraining order on the sites that would shut the sites down and freeze their assets, no small task.

In addition, Lionsgate (with help from piracy monitors IP Echelon, MarkMonitor and Entura) has sent over ten thousand takedown notices to hundreds of web services trying to get all copies of the film wiped away.

As always happens, many of the takedown notices are for legitimate URLs, including news articles or blurbs from many major news outlets. Allegedly, the official Expendables 3 website was even among the sites targeted, showing how many darts the companies are throwing blindly.

Lionsgate's EVP for Content Protection Robert Wenokur also noted that the company is likely to face serious losses at the box office thanks to the leak, although past leaks have proven this false time and time again: "Individuals who view the Film in this manner may not pay for tickets at the box office when the Film is released later this month. Similarly, such individuals may not purchase or rent copies of the Film when it is released to the home entertainment market after its theatrical run."

The film is set for theatrical release on August 15th.