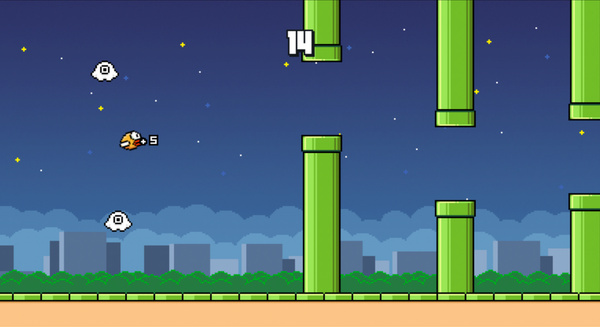 'Flappy Bird' dev Dong Nguyen pulled the surprisingly popular game from the iOS and Google Play stores in February, despite rumors that he was making as much as $50,000 a week in advertising revenue. The dev said at the time that he felt guilty over the 'addictive' nature of the game.

As promised, the game is now back, but it has been updated with multiplayer functionality. The game is now called 'Flappy Birds Family,' and it is apparently launching exclusively for the Amazon Fire TV, at least to start.

For the multiplayer additions, there is a two-player mode that let's you race others through the same course to see who gets to the end first. There are also new enemies that float around, adding additional problems besides the pipes infamously known to gamers.

Given the Fire TV's small install base, unless they made a large payment for exclusive rights, the game is expected for Android and iOS in the future.