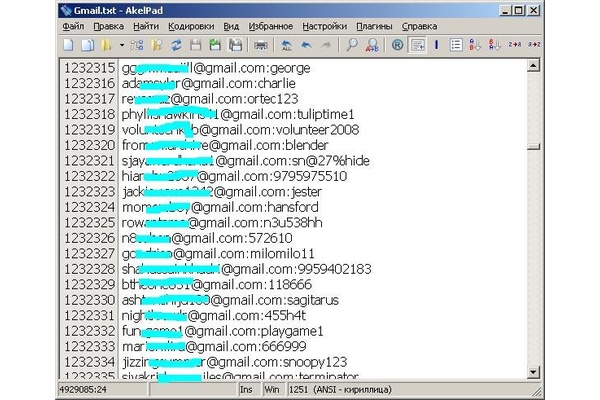 Russian hacker 'tvskit' has released 4.93 million Gmail email addresses and passwords on the popular Russian Bitcoin forum BTSec, although the forum was quick to remove the files and also redact the passwords.

Tvskit claimed that 60 percent of the passwords were still valid, but Google denied that claim, stating that the list was created from previous lists of compromised email addresses, and that current accounts are unaffected.

Other forum users say the list had passwords that were upwards of 10 years old, and that many of the accounts had been deactivated or suspended for some time.