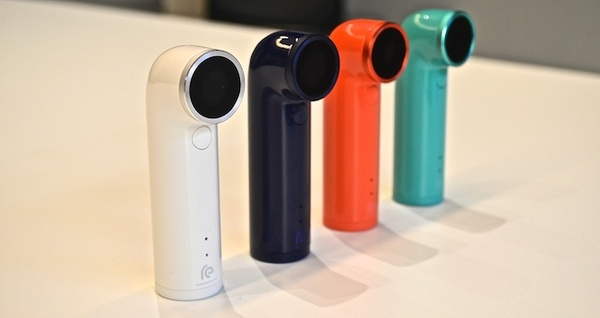 HTC has released its rumored action camera, the "Re," its first device outside of the wireless mobile arena.

The waterproof camera will rival the GoPro Hero line, and will help HTC move away from its reliance on smartphone sales, which have been weak for the company for years now, including 12 quarters of declining sales.

With its strange design and a single wide-angle lens with 16MP sensor, HTC says the device is for consumers that may not be going on as crazy adventures as GoPro users. The device also has built-in Wi-Fi for quick uploading and live streaming to YouTube through a partnership with Google.

"This is the first time we have introduced something significant beyond the smartphone, and we want to see a continuation of that," Chief Financial Officer and head of global sales Chang Chialin.

At $200, the Re is significantly more expensive than the new entry-level GoPro Hero, but also half the price of the high-end GoPro Black4. It will be available via the major U.S. carriers, Best Buy, HTC's own site and eventually through Amazon and other retailers.