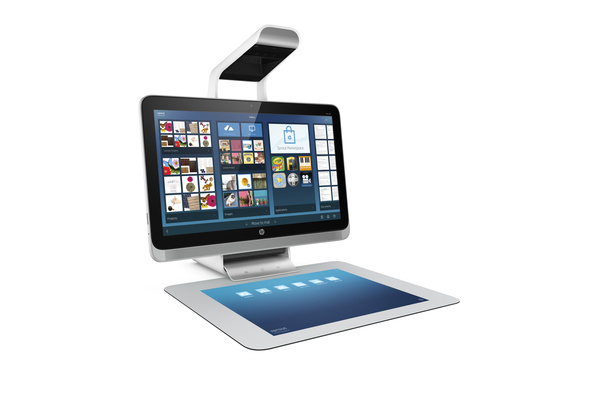 HP has introduced a new all-in-one touchscreen PC this week dubbed the Sprout that features a strange new projector/3D scanner and a 20-inch mat that allows you to turn your desk into a tablet.

The company says the Sprout is their first "Blended Reality" device in an "effort to streamline the interface between real and virtual objects."

While those are standard mid to high-end specs, the reason you are getting the PC is for the projector. The projector faces downward and projects a touch-sensitive keyboard onto the mat which allows for typing and gestures. In addition, the "HP Illuminator" also acts as a scanner and allows you to move "documents or objects in front of the computer, scan them with the Sprout's 14.6-megapixel and depth-sensing Intel RealSense cameras, and then use the multitouch mat to move those scanned objects around and resize them," reads Wired's review.

The Illuminator is also a 3D scanner, however at launch it will be limited to 2D scanning. The 3D scan turntable and HP-built 3D modeling software will be available sometime after May of next year.