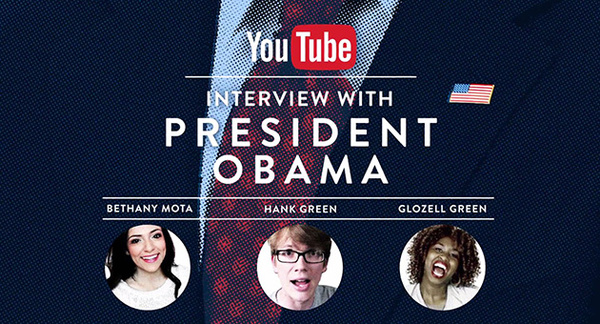 Google has announced that some of YouTube's biggest stars will be headed to the White House on January 22nd to interview President Obama following his annual State of the Union speech.

For the last few years, the President has responded to questions via Google Hangouts and YouTube following his address, allowing the average person to have their questions answered. This year will be a little bit different as the questions have already been submitted and a few of the more popular YouTube channel owners will ask them via a live broadcast.

YouTube creators Bethany Mota, GloZell Green and Hank Green will be the interviewees. Mota is popular for her fashion advice, GloZell is a popular comedian and Green runs a popular science channel.