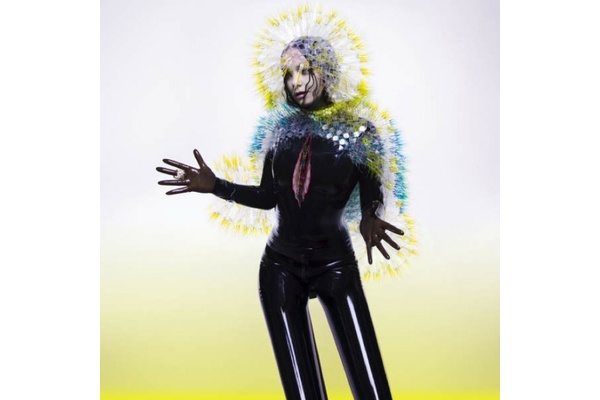 In order to mitigate the potential losses from such an early leak, the artist has made the album available officially via iTunes, letting fans purchase the tracks legally.

The leak was the second high-profile album leak in the past two months, after most of the tracks for Madonna's upcoming album hit the Web in December.

Björk posted to her Facebook about the new release:

dear websitefolks , fans , tweeters and my music supporters on all the sorts of www :

vulnicura will be rolling out worldwide over the next 24 hours !!

i am so grateful you are still interested in my work !!

i appreciate every little bit !!!

i guess i found in my lap one year into writing it a complete heartbreak album . kinda surprised how thoroughly i had documented this in pretty much accurate emotional chronology .... like 3 songs before a break up and three after . so the anthropologist in me sneaked in and i decided to share them as such . first i was worried it would be too self indulgent but then i felt it might make it even more universal . and hopefully the songs could be a help , a crutch to others and prove how biological this process is : the wound and the healing of the wound . psychologically and physically . it has a stubborn clock attached to it .

there is a way out

and then a magic thing happened to me : as i lost one thing something else entered . alejandro contacted me late summer 2013 and was interested in working with me . it was perfect timing . to make beats to the songs would have taken me 3 years ( like on vespertine ) but this enchanted arca would visit me repeatedly and only few months later we had a whole album !!! it is one of the most enjoyable collaboration i have had !

towards the end of the album i started looking around for a mixing engineer and was introduced by a mutual friend of ours , robin carolan to the haxan cloak . he mixed the album and also made a beat for one half of "family" . together with chris elms the engineer we kinda formed a band during the mixing process and this is the album we made !!!

i do hope you enjoy it

. i also would like to thank robin , his generous approvals gave me more courage to complete this as is .

and my group of songswapping / dj friends : the right tune can truly cure : ta for those sonic ointments

but most of all i would like to thank my team : james merry , derek birkett and emma birkett . rosemary and elisa . this album could not have been done without you