Celebrating 100 years since the first transcontinental phone call was completed 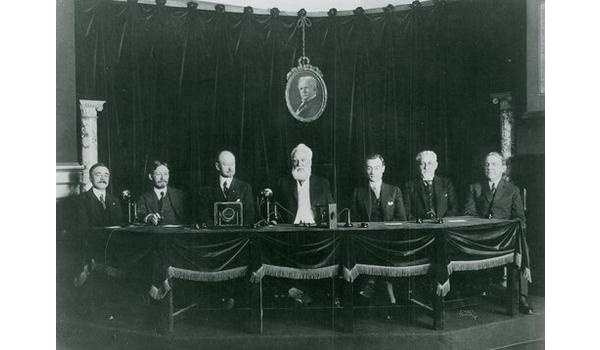 Flying way under the radar today is the 100th anniversary of a major historical event: the first ever transcontinental phone call being completed.

On January 25th, 1915 a four-way call was made "between Alexander Graham Bell in New York; his assistant, Thomas Watson, in San Francisco; President Woodrow Wilson in Washington, DC; and Theodore Vail, President of American Telephone and Telegraph company (AT&T) in Jekyll Island, GA."

The words spoken for the first ever call? "Ahoy! Ahoy! Mr. Watson, are you there? Do you hear me?"

It took over 3400 miles of wire on three circuits to connect San Francisco to NY, with 130,000 telephone poles and thousands of tons of copper. All of the infrastructure work was done by horse and wagon, as trucks were not yet truly viable.